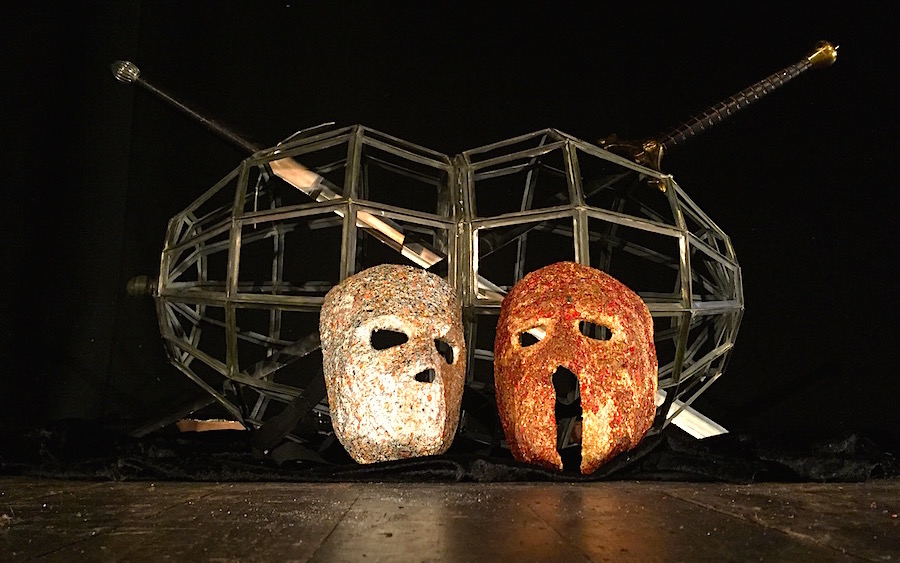 The clash of two worlds

Combattimento is a musical theater program entirely focused on the clash of civilizations from which the narrative of the “Gerusalemme Liberata” was born. Medieval music dating back to the Crusades, Neapolitan villanelle in which resonates the echo of the “Turks” and “slaves” Arab music, seventeenth-century sonatas make up the first part of Combattimento and introduce the dramatic story of Tancredi and Clorinda narrated in Monteverdi’s masterpiece. The staging doubles the two protagonists: their voices and destinies are interpreted by the singers and their bodies and souls impersonated by the dancers, an actor guides the audience through history.
Alraune performs the Combattimento di Tancredi e Clorinda in the original score provided by Monteverdi on barely Viole da Braccio.

Combattimento was Alraune’s first theatrical production and contains elements of great spectacularity such as the use of frame percussions, choreographies by Anne Juds, Duels made with real weapons and moments of particular emotional and symbolic intensity as the touching scene of the discovery of the identity of Clorinda by Tancredi or the recitation of original reports of the era of the crusades.
Combattimento was performed on several occasions and found ideal representation both in unconventional spaces with close contact with the public as well as in traditional theater spaces.