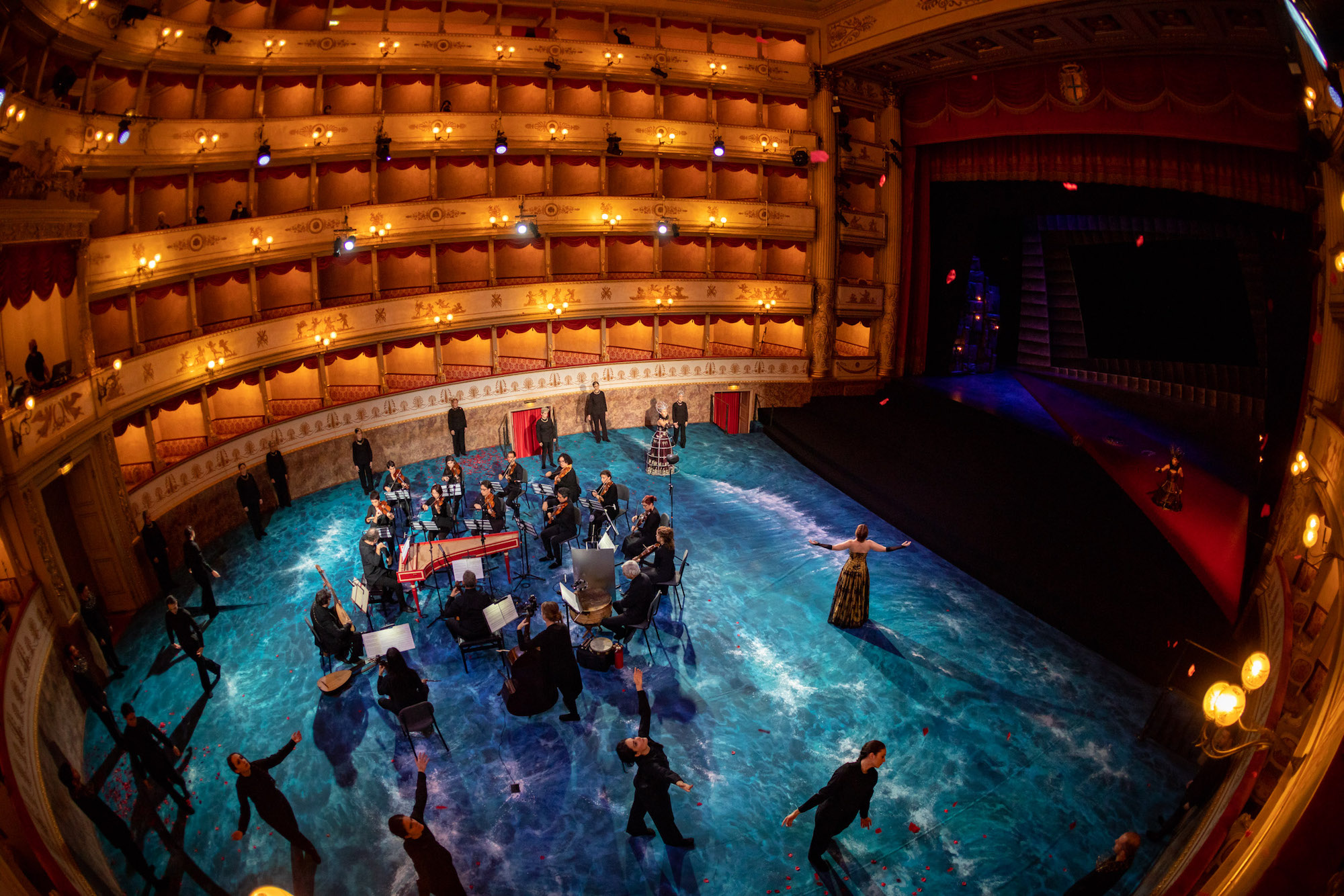 “A real rethinking of the opera”

Dido & Aeneas by Purcell has been produced during the Opera Season 2020/21 of the Teatro Comunale of Modena. A repertoire title to which Alraune has approached individually but with great respect due to each score. A musical interpretation characterized by a great rhythmic and emotional tension, a wonderful cast and the direction of Stefano Monti in a revolutionized theatrical space, contributed to a success amplified by the broadcast on the Opera Streaming channel and visible entirely below on this page.

The performance is certainly not bound by any inherited performance tradition: the chorus ‘Cupid only throws the dart’ is positively funereal; ‘But ere we this perform,’ too, is rethought, the slower tempo adding weight before an accelerando takes us into appropriately stormy waters. Never have I heard such a frenzied ‘Oft she visits this lone fountain’ (the Second Woman, Alice Molinari, does well to keep up with the gritty dotted rhythms below her while a shadow show of orgiastic ladies underlines the threat). It is symptomatic of what makes thisDidoso refreshing: a real rethinking of the music and the drama.

Just few notes of the overture let perceive the strong pathos and the stylistic attention present in the reading proposed by Mario Sollazzo who, from the harpsichord, conducts the musicians of the Ensemble Alraune. The sound is neat, brilliant, rich in contrasts and nuances that guarantee the elegance and variety of narration needed for the score of Purcell.

Musically speaking, the conductor Mario Sollazzo proposes a performance thought out, dramatically responsible, with some surprises. The first is the addition of a ruthless “drumbeat” to the opening music: a bit alienating but sensational. This beat still appears a couple of times during the show.

The tempo choices are sometimes surprising, “But ere we perform” is surprisingly slow, but there’s a thought behind it: when the music accelerates from that inertia, the drama gains in impact.

“Oft she visits this lone mountain” is so fast that it sounds like a warning, that Dido is not swallowed by her own dogs, just like Actaeon. Above the action, an orgiastic scene takes place in silhouette. The original instruments sound beautifully ornamented; sometimes it seems to be in unknown land, but we never get bored.

Mario Sollazzo conducts the precious Ensemble Alraune on the same high and innovative level of the whole performance.