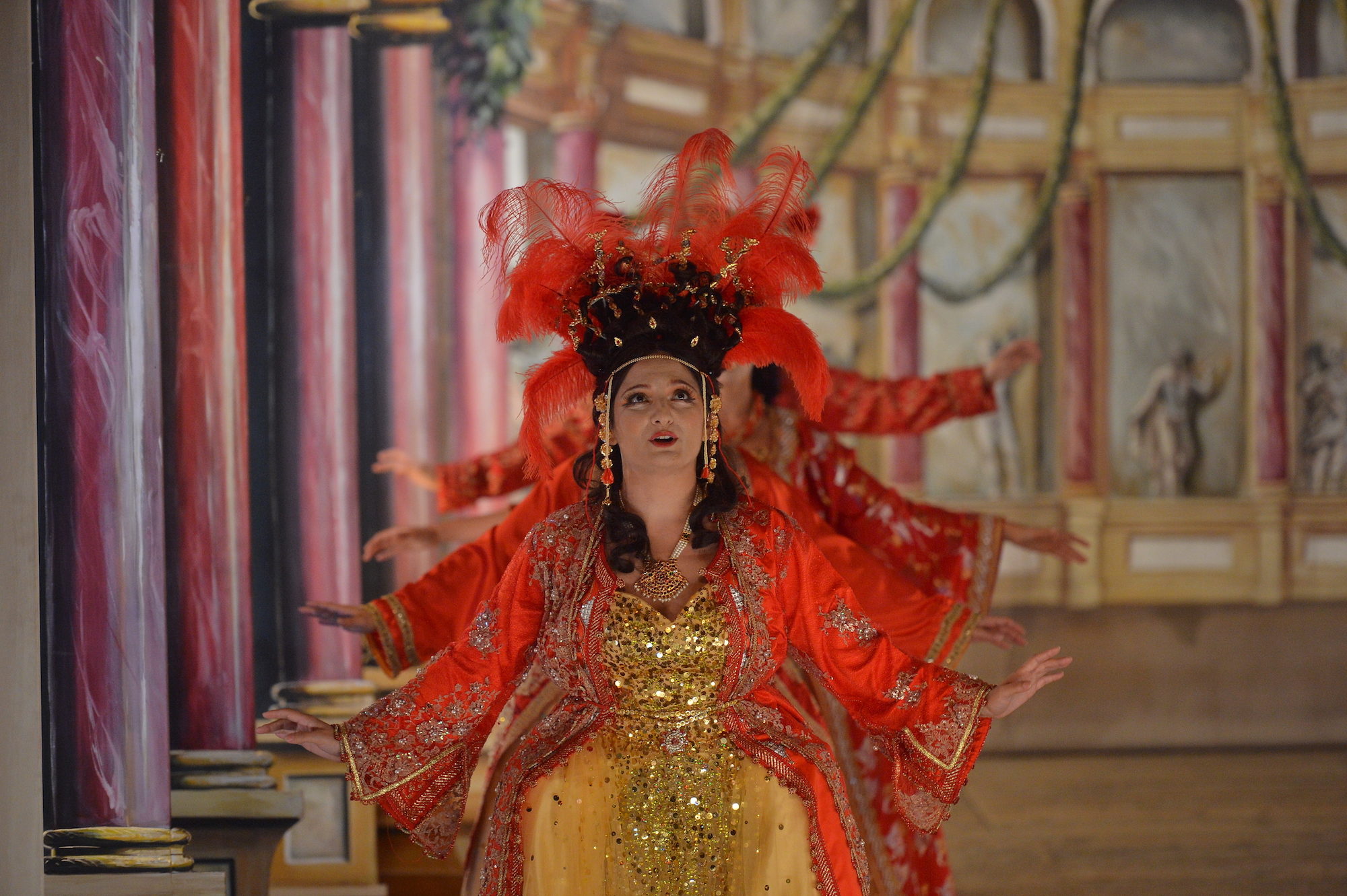 “Le Fate” by Giovanni Alberto Ristori (Bologna 1692 – Dresden 1753) was first performed in 1736 in Dresden on the occasion of the coronation of King Augustus of Saxony as King of Poland. Based on the plot of the liberation of Ruggiero from the island of Alcina this jewel of the musical theater remained unfettered and unknown until Alraune brought it to light by performing it in 10 sold out shows in the beautiful Ekhof Theatre in Gotha (Germany). This theatre has been preserved intact and functioning in all its parts since the eighteenth century: painted mobile backdrops and original scenic machines are operated entirely by hand. Every year, the Ekhof Theatre hosts the Ekhof Theatre and Baroque Music Festival.
Alraune oversaw the entire production: Stefano Zanobini and Mario Sollazzo took care of the musical direction while direction and choreography were entrusted to Anne Juds. Originally conceived for the Ekhof theatre, the staging was later adapted to be repeated in different contexts.

The film “Le Fate 1736” and the documentary about the opera are produced by NovAntiqua Records and distributed as DVD as well as broadcasted on SKY Classica HD.

Mario Sollazzo and Stefano Zanobini decided to represent the work entirely, without any cut, with a duration of more than three hours, but the audience did not feel any moment of boredom thanks to the instrumental verve of the Ensemble Alraune that has never left without character even the simplest accompaniment and a young cast that we do not hesitate to consider ideal.

Furious is also the staging of Anne Juds. A feast for the eyes. A phantasmagoria of dragon flights, gorgonian hair, fake breasts and rampant jungle atmosphere. It’s a heartfelt staging, a lot of sense of tradition and a lot of sensitivity to the spirit of our times. These artists know that in a place like this they must satisfy the public’s desire to see and they do it with skill. The musicians of the Ensemble Alraune play with passion, from the harpsichord conductor Mario Sollazzo breaks down fast, the music is very rhythmic, slender and funny. The ensemble of Italian singers sings with obvious, great fun.

Director and choreographer Anne Juds has created an enchanting staging for the simple plot that remains on the surface in the historical theatre […] for the intimate environment of the historical theatre, this decision in this sensitive production was exactly the right one, and the audience from near and far thanked with sustained warm applause.