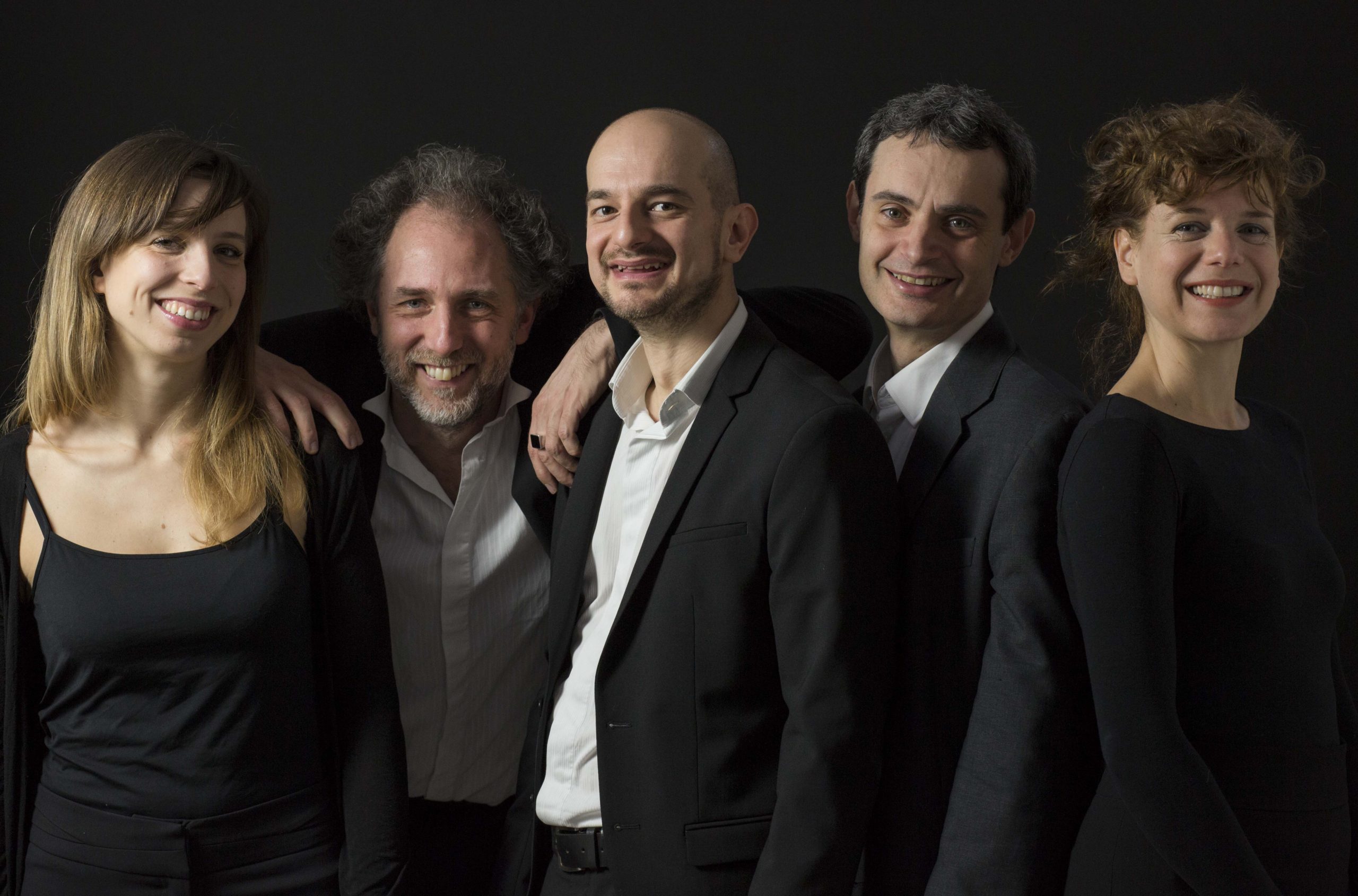 Alraune is an ensemble founded by Mario Sollazzo and Stefano Zanobini with the aim of bringing together in a single group the eclectic characteristics of the two founders. Founded on a group of five musicians in addition to other collaborators for individual projects, the ensemble has as its guiding principles a great openness to a wide repertoire, the absolute attention to historical informed performance, the study of the sources, long-term and multidisciplinary projects. This brings to a natural interest in performing on original instruments and a very personal dimension of musical interpretation that is reflected in the formulation of the programs and in the interpretative line.

The repertory on original instruments ranges from chamber music to opera, from the seventeenth to the nineteenth century.

Critics have welcomed both live performances and recordings, released for Novantiqua Records.

Detlef Krenge of BR Klassik reviews the cd dedicated to the first book of D. Castello’s sonatas: “The musicians are absolutely at ease in this repertoire. Listening to them, the many contrasts, typical of the Sonatas of Castello and more generally of the “Stil Moderno” of the early seventeenth century, seem for the Ensemble Alraune absolutely automatic, logical and natural”.

Speaking of San Guglielmo by G.B. Pergolesi, Andrea Bedetti writes on Musicvoice: “In the unfolding of the whole work, and this also in the recitatives, there is always a feverish impulse, an inner instability from which this historical element. This capacity to philologically restore the conflictual dimension, to make a drama that goes beyond the mere representative entity, emerges tirelessly.”

Colin Clarke on Seen and Heard International writes: “The performance is certainly not bound by any inherited performance tradition: the chorus ‘Cupid only throws the dart’ is positively funereal; ‘But ere we this perform,’ too, is rethought, the slower tempo adding weight before an accelerando takes us into appropriately stormy waters. Never have I heard such a frenzied ‘Oft she visits this lone fountain’ (the Second Woman, Alice Molinari, does well to keep up with the gritty dotted rhythms below her while a shadow show of orgiastic ladies underlines the threat). It is symptomatic of what makes thisDidoso refreshing: a real rethinking of the music and the drama.”

For Paolo V. Montanari on Gbopera, Le Fate by G.A. Ristori staged in Germany lives again “thanks to the instrumental verve of the Ensemble Alraune that has never left without character even the simplest accompaniment and a young Italian cast that we do not hesitate to consider ideal” and Udo Badelt on Opernwelt adds: “Furious is also the staging of Anne Juds. A feast for the eyes. A phantasmagoria of flights of dragons, gorgonian hair, fake breasts and rampant jungle atmosphere.”

The projects “Musica & Regime” and “Tuscania” were born instead of the humanistic idea of Alraune and are concert and recording projects in the long term.

“Tuscania” is linked to the elimination of the death penalty in Tuscany in the eighteenth century and is a project of rediscovery of Tuscan instrumental music of the second half of the eighteenth century. Musica & Regime – awarded with the Medal of the President of the Republic – examines the links between musicians and dictatorial regimes and is linked to the itinerant exhibition-concert “Voices from the ghetto”.

“Musica & Regime is a superb and tragic record, with works of the ’20s interpreted very well by the Ensemble Alraune” writes Gregorio Moppi on La Repubblica, who adds about the Lieder by Ullmann and Zemlinsky that they are “made even more mournful, but emotionally sober, by the Ensemble Alraune with the voice of Federica Carnevale”. Michael Kube on Das Orchester reviews: “Wanting to evaluate the interpretation, Alraune hit the target, because he managed to tie the dark colors of the instrumental combinations with an impressive lightness of the sounds that sometimes seems almost Mediterranean, without that it ever comes close to superficiality. A path on the ridge that gives us amazing introspective views”.